An exhibition on the Wyeth family has just opened in Paris and if I have the courage, I'll go and see it though Christina's World, one of my favourite paintings ( above) is not on show. Much of his work is painted with egg tempera, a mixture of pigment, egg yolk and water which apparently is very time-resistant.

His Helga paintings created a sensation because unbknownst by his wife and her husband, Helga, a neighbour, was his model (and perhaps also his mistress) between 1971 and 1985  for a series of intimate, sometimes nude paintings. 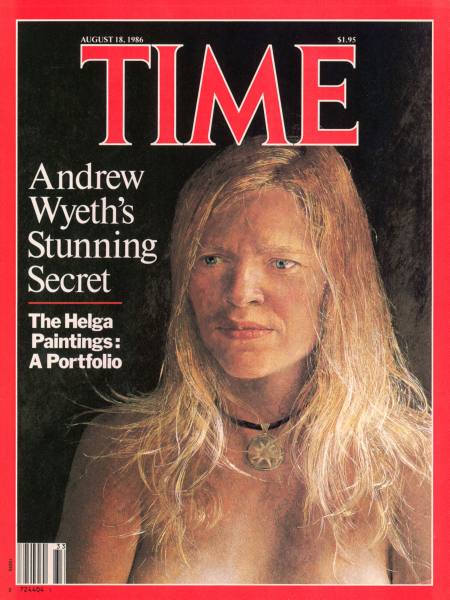 The color of her skin, her high cheeckbones, in short her typical German features attracted him much.

The uncovering of this series of works reintroduced eroticism in the world of a very popular painter that many critics labelled as a rural, slightly nostalgic and conservative painter. Though he had produced other nudes, the whiff of scandal behind these series of pictures and the fact that he devoted about 100 pictures to one model make it an exception in American painting.

The story of this family of artists is quite impressive,  I hope I'll muster enough courage to visit this exhibition. :)

This Is Not a Love Song

Searching for books by Jean-Philippe Blondel , I saw that one of his books was called This Is Not a Love Song. It reminded me of a movie by Ari Folman, Waltz with Bashir.


The song was sung in 1983 by the band Public Image Limited led by John Lydon (ex-Johnny Rotten, the Sex Pistol leader). I knew it too because Nouvelle Vague had covered it. 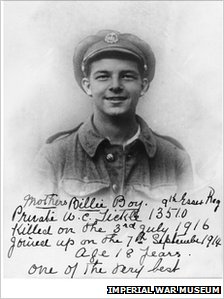 In Flanders fields the poppies blow
Between the crosses, row on row,
That mark our place; and in the sky
The larks, still bravely singing, fly
Scarce heard amid the guns below.

We are the Dead. Short days ago
We lived, felt dawn, saw sunset glow,
Loved and were loved, and now we lie,
In Flanders fields.

Take up our quarrel with the foe:
To you from failing hands we throw
The torch; be yours to hold it high.
If ye break faith with us who die
We shall not sleep, though poppies grow
In Flanders fields.

I couldn't resist copying the poem In Flanders Fields which though pompous at times is very evocative too. Poppies have never been the same after World War I.
I made some researches today about Remembrance Day though I think I won't be able to teach anything about it to my pupils this year and I came across the picture above of a 18-year-old English private who died in 1916 in the Somme.

His mum called him Billie Boy in her  moving comment and wrote he was one of the best. The best and the not so good died in this not so Phoney war.

Down to the river to pray and sing.

The O'Brother Where art thou? version.

The song we've been learning in my choir...
Apparently it was first a slave song, then a song about baptism...

Alison Krauss recorded it before participating in the movie soundtrack :

Anyway, guess what ? The King's Singers sang it too and I have that song on a Cd :)